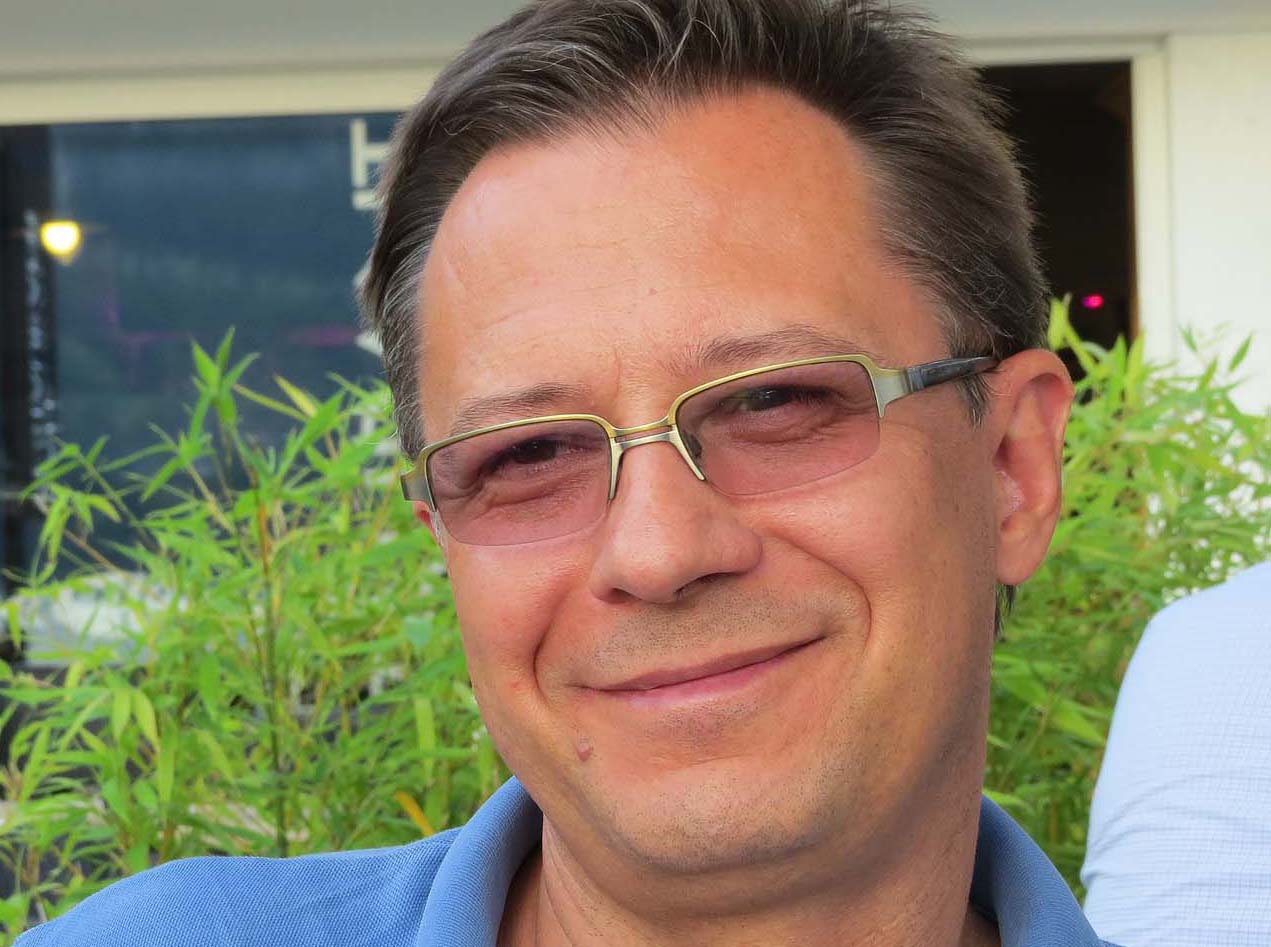 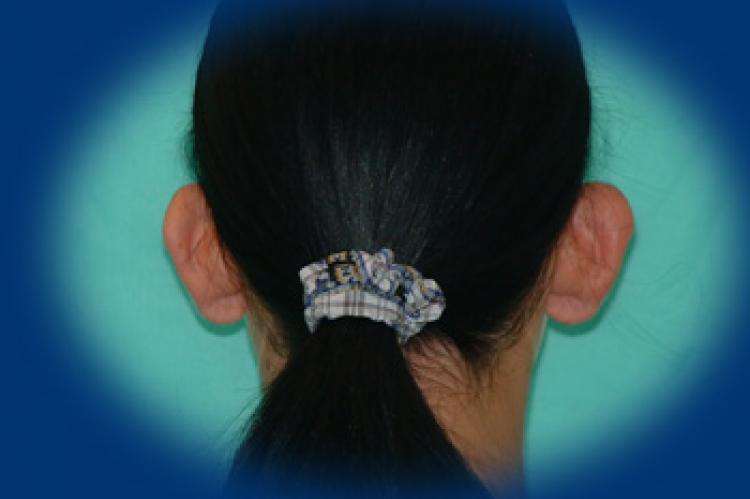 Plastic surgical procedures have to be performed by plastic surgeons!

Otoplasty is a rather common aesthetic procedure. Deformities of the ear have always been in the forefront of mockery in childhood. Although ears are situated by the two sides of our face, they have a great impact on the facial character. With the other pieces of our face, ears participate in the creation of the big picture, which we reckon as harmonic. Projecting ears can disrupt this harmony and generate uncomfortable feelings in their owner. Every face is different. Otoplasty can correct the projection and asymmetry of the ears. It can modify the cartilaginous skeleton of them and even the size of the ears and ear-lobes if necessary in order to reach the desired changes. So this is a procedure that carries out changes in the structure of our ears. The final goal is to make the shapes of our ears more natural so they will harmonize with our physiognomy.
Otoplasty should always be performed uniquely, according to the personal characteristics of the patient: therefore the intervention can involve the cartilaginous skeleton of the ears and the size of the ears and/or the ear-lobes according to necessity. After remodeling the structure, soft tissues should be adjusted to the new shape. This simultaneous change in both the structure and the soft-tissues results in a natural rejuvenation of the ears and a perfect match with the face. In order to reach a more youthful appearance the following procedures can be carried out concomitantly: face-lift, forehead surgery, eyelid-surgery, laser-peel and wrinkle-filling. The surgical correction of the ears can be done after the age of 10 when ears have already reached their final shapes.
The permanent result of otoplasty can be seen only after the swelling ceased. It is a natural desire in men and women to have a harmonic and confident appearance in all ages. Otoplasty can increase this confidence, and self-esteem by restoring the harmony of the ears and the face, thus gives a young-looking, dynamic presence to the patient.
Appearance is crucial regarding our personality. A properly carried out otoplasty can bring a real positive change in a patient's life, because a favorable result on the outside can bring harmony to inside. These changes also have a great impact on the patient's private and social life.

WHO IS CANDIDATE FOR THE EAR SURGERY ?

Otoplasty can help to correct all of these deformities, but it can't correct any, sometimes unrealistic expectations, that is dreamed by the patient. Everything can't be solved with surgery. First of all some variations have technical limitations, and only such a correction should be made that fits in the character of the face.

At the consultation we will discuss Your problems, expectations and desired outcome. We will talk about everything which is in connection with the otoplasty and important in the aspect of correcting Your ears. We will examine the ears and the face, and their proportions to each other. We will draw attention to the genetic factors, which can influence the operational plan. We will draw attention to the asymmetry. We will check the quality of the skin of the ears. There is asymmetry which even can not be corrected by otoplasty. We will give You some advices about those procedures, which can reconstruct the facial appearance. These are usually performed together with the otoplasty: endoscopic forehead surgery, face-lift, wrinkle filling and laser rejuvenation and resurfacing.
We will take some photographs – from different directions- about the present condition. The photographs allow the patients to examine and evaluate the ears from different directions. If there are other malformations on the face, otoplasty itself is not sufficient, other procedures can be necessary to be performed. We will decide the necessity of this together with the patient. We will show You the expected result of the operation in front of a mirror.
You will be asked about Your medical conditions, medical treatment, drug allergies, use of current medications and previous surgeries, procedures. It is very important to get accurate information about every medical conditions to plan the procedure with the best thoughtfulness. After the proper information the well-planned otoplasty will  ensure You the biggest satisfaction.

REVIEW ABOUT THE EAR SURGERY

THINGS TO DO BEFORE THE OPERATION

Before the otoplasty some examinations can be necessary to make. With their results the operation will be performed in the best security. If You smoke, take aspirin or other blood thinner medications, or any anti-inflammatory drugs or other medications, please let us know! This drugs can increase bleeding or can cause other interactions during the general anaesthesia.

The eyelid surgery is almost always performed in local anaesthesia, without any pain.
The patient is awake during the whole procedure. Thus he/she can hear all the noises made during the plastic surgery: the so called cartilage-noises generated by the modeling of the cartilage.
In case of total correction of the ears a small proportion of the cartilaginous skeleton is removed and remodeled too. In case of partial otoplasty only the remodeling is carried out. After the reformation of the cartilaginous skeleton, the skin and the soft-tissues are adjusted to this new shape. With this surgical technique, no incisions can be seen on the surface of the cartilage.
The initial incision is always performed on the back surface of the ears, so nothing is visible from the front. After recovery scars are nearly invisible and are in fully hidden positions, in the natural folds of the skin.
The operation usually takes 1-1,5 hours.
After otoplasty there are always some oozing bleeding and swelling, which are self-limiting, and cease in a short period of time. But to avoid these and to ensure the most precise encasement of the soft-tissues, a compression bandage should be applied on the head. This will provide a faster and safer healing of the ears and decrease the degree of swelling and oozing and will also protect the ears during sleeping. This dressing is removed a week after the surgery. The most unpleasant experience until then is due to the compressing effect of the bandage, and of the reduction in hearing while the patient wears it.

THINGS TO DO AFTER THE OPERATION

After an operation carried out in local anesthesia the patient can leave the hospital and go home. After the plastic surgery of the ears, rest and maximum peace is recommended. The first three days after the surgery may involve some unpleasantness, but this is just a temporary problem caused by the swelling and haematoma accompanied to the intervention. Sometimes after otoplasty, a mild haematoma and swelling can occur under the skin of the ears. In case of partial otoplasty these complications are milder and last shorter. Postoperative discoloration of the surgical area and oedema are temporary and recover rapidly. The length of the full recovery of these haematomas is 2-3 weeks. After the cessation of the oedema the ears can be a little bit swollen for a while, but the contours of the newly corrected shape can be seen, and it won't bring the impression of an operated ear in the viewers. In a few days the rest of these signs cease too. In really rare cases some remnant swelling and haematoma can remain for some weeks, but will also disappear permanently after. These are naturally accompanied by this kind of surgeries.
The stitches are removed one week after the surgery, when the compression bandage is also removed. After this a special strap should be put on the head and worn for 3 weeks day and night, and after it for 2 weeks only at night. The total time of this immobilization is 6 weeks. This is the period of time that is needed for the cicatrization to fully develop, that will retain the ears in their new shapes.
On the following days after the surgery it is recommended to support the upper-body with a pillow while sleeping. On the first postoperative week, every activity that increases the blood-flow of the ears and the face is strictly forbidden. These are: forced exertion; any intense heat; hot, strongly spiced foods, and alcohol.
On the first 6 weeks after the otoplasty every exhausting sport exercise, and physical activity should be avoided. Sunbathing and tanning salons are also forbidden during these weeks. After 10 days postoperatively thin, moderate make-up can be applied that can cover the mild discoloration of the skin. Keep in mind that the make-up must not put on the scars.
After every plastic surgical procedure regular follow-ups are required, so are in case of otoplasty as well. The regularity of these follow-ups depends on the nature of the intervention, and the characteristics of the patient. During these check-ups on schedule the surgical area is examined and further tasks are discussed. Please keep in mind, if you have any problem or question, do not hesitate to contact us out of schedule!
The new shapes of the ears can be seen one week after the surgery, but the final shapes will work out after 2-3 months later. This is the period of time that is needed for the oedema under the skin and the cartilage to fully disappear and for the skin to accommodate to the newly formed cartilaginous structures of the ears, and to adhere.
In a total reconstruction of the ears the cartilaginous structures of the ears are reduced and remodeled. Such a cartilage-remodeling heals with fibrosis, thus the resistance of the ears against strong traumas decreases. This is possibly not a present danger during normal lifestyle of course. But all those martial arts, ballgames, and any professional sports that are accompanied with close-combat or strikes on the ears or the strangulation of them should be avoided, because these can lead to the deformation of the ears.

If the operation is performed by a qualified plastic surgeon, the operation and the post-surgical recovery period will be without any unexpected episodes. Otoplasty as all other surgical procedures can have complications, even ideally. Besides the generally presented complications ( bleeding, infection, poor healing of incisions ) – which are very rare -, can occur some special complications because of the otoplasty. Insensitivity is a rare complication which takes short time and will disappear by itself. Among the special complications the most severe is the cartilaginous necrosis which is caused by infection. This can lead to ear deformity. Later, operational correction can be necessary to be performed.
With the most modern devices, materials and stitches which were inserted by the most friendliest techniques it can happen that the colour of the scar will be brisk and red, thick in touch and a little bit widened. This depends on mostly personal liability, thus it can have significant differences. This malformation decreases by the time, thus the scar will be thinner and its colour will lighten. If this does not occur, we remove the scar and treat the new scar with other special scar-treating methods.
The complications can be vanquished or revised with the appropriate treatments and procedures, thus they do not effect the final result of the operation or slightly influence it.

Otoplasty reshapes the nose, thus it makes the face more harmonious and younger. In reasonable cases we can enhance the surgical result by other procedures ( Botox treatment and wrinkle filling ). The plastic correction of the ears makes women and men more self-confident and gives them back their assurance. You have to know that the operational scars will pale and fade into their environment but never will be invisible.
The result of the ear surgery is final. Changes by normal aging have effect on the ears as well. Gravity and changes in the flexibility and water - content of the tissues, other alterations with aging have effect on the quality and quantity of the facial and ear tissues. These influence the appearance. If the years let sign on the ears and on the face, other facial rejuvenation procedures can be necessary to be performed, which can reconstruct these signs.

Can we help you ?